The exposure schema covers a wide variety of data describing structural, infrastructural and environmental asset, population, and socio-economic descriptors, each with relevant attributes for assessing risk from multiple hazards. The schema was developed based on GEM Taxonomy 2.0 to accommodate the most important spatial features commonly employed in risk analysis to identify and estimate exposed value.

The main features of an exposure dataset are specified by the exposure model attributes. Each exposure model includes one or more assets. Each asset could represent a single asset (e.g. one building) or a collection of assets (e.g aggregated buildings in an area). The exposure schema covers 4 categories and 11 occupancy types for consistent classification of assets across schema. The taxonomy source specifies the taxonomy string used to identify individual asset features within a dataset. Occupancy can be optionally assigned for night-time or day-time, e.g. to discern resident population from daily commuters.

Within one exposure model (e.g. one geospatial layer) there can be one or more cost type associated with damage to assets. For example, the cost of the building structure by square meter and the cost of the contents of a single building. The attributes are named accordingly within the datase, e.g. "Cost_structure" and "Cost_content". Additional tags attributes can be associated with an asset to link any information not envised in the exposure schema.

Two exposure datasets are shown together in the example: building footprints polygons and population density raster at 90 m resolution. 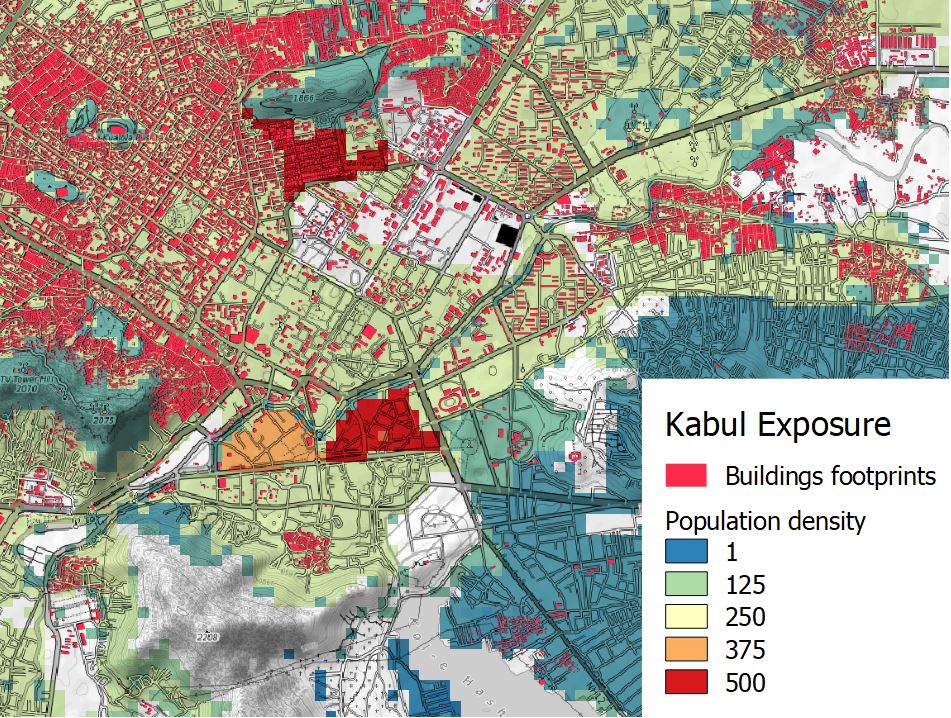