The loss schema enables to store information about hazard impact over exposure as a function of vulnerability. Loss datasets are directly linked to the hazard, exposure, and vulnerability datasets which were used to model losses. When no vulnerability model is applied, the potential loss is estimated as the sum of all exposed value. Losses can be expressed in form of map or in form of a curve, both sharing the same attributes and metrics.

The main attributes of the loss model describe the hazard and process for which the loss are calculated, the method of calculation (to discern empirical events from simulated scenarios) and the category of asset on which losses insist. The schema includes the direct links to the original dataset of hazard, exposure, and vulnerability that were used to calculate the loss.

When the scenario modelled refers to a specific period of time, this can be specified in terms of dates, period span and reference year. For example, an observed flood event that occurred from 1.10.2009 (time start) to 3.10.2009 (time end), spanning over 3 days (time span). When precise time collocation is unknow or inapplicabile, a general reference date such as "2009" is used to identify events (time year). This is also useful to specify future scenario, e.g. time year: 2050.

When instead the hazard scenario is represented in probabilistic terms, the occurrence probability (frequency distribution) of hazard can be expressed in different ways. The most common way to communicate this is the "return period", expressed as the number of years after which a given hazard intensity could occurr again: RP 100 indicates that that event has a probability of once in 100 years. This attirbute can indicate individual layer frequency (RP100) or a range of frequencies for a collection of layers (RP10-100).

Additional attributes are specific to loss, describing the type of impact, the type of loss, the loss metric and the unit used to measure it.

Losses can be rapresented in many different way: regular raster grids, points, or polygons. Often, the loss data consist of measures aggregated at the administrative unit level.

Schema attributes for loss map related to future river flood hazard scenarios (2050) over all types of exposure occupancies for Afghanistan. 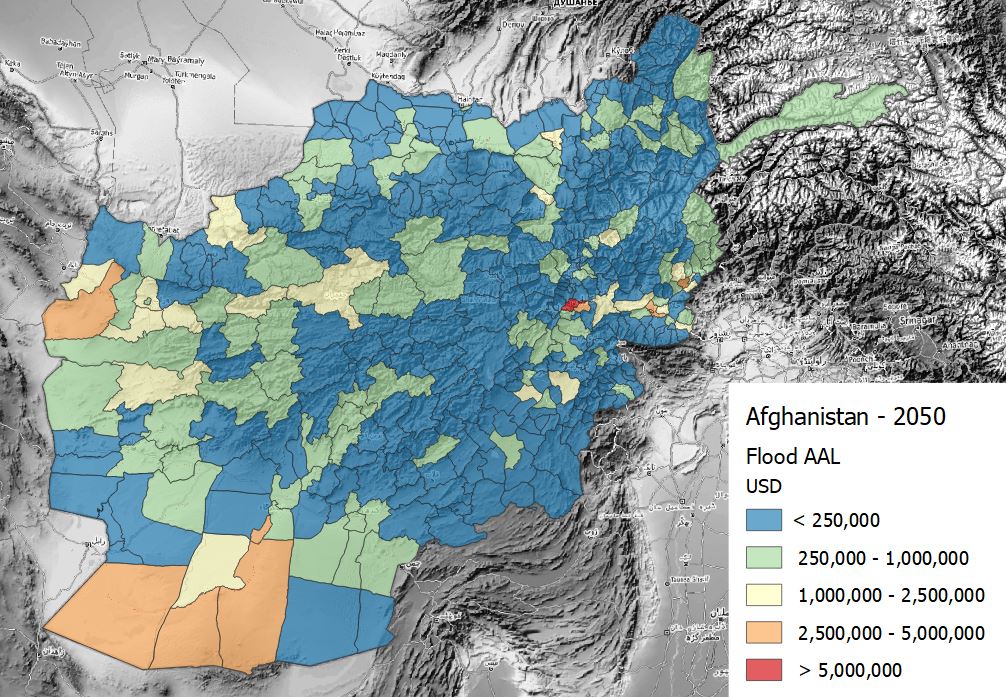 The losses are higher in the most densely built-up area of Kabul. 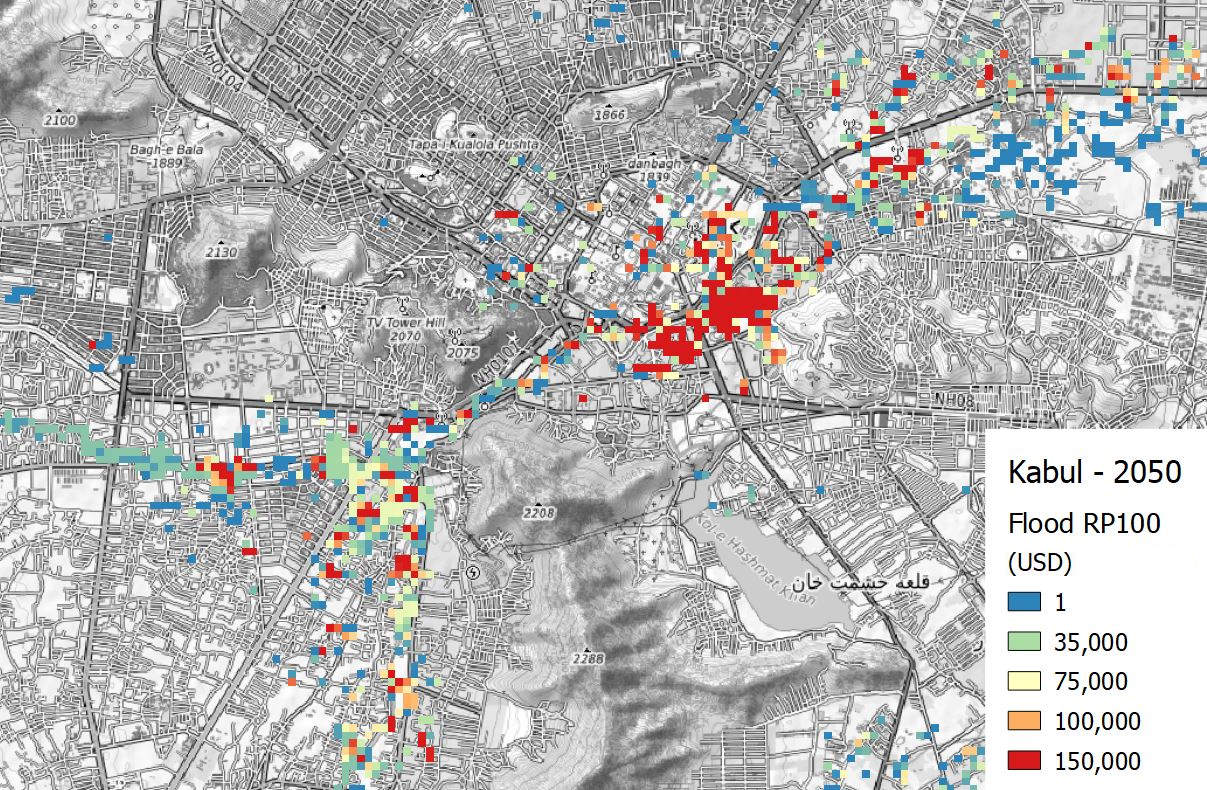 Losses can be investigated as total or for individual exposed asset and infrastructure elements. 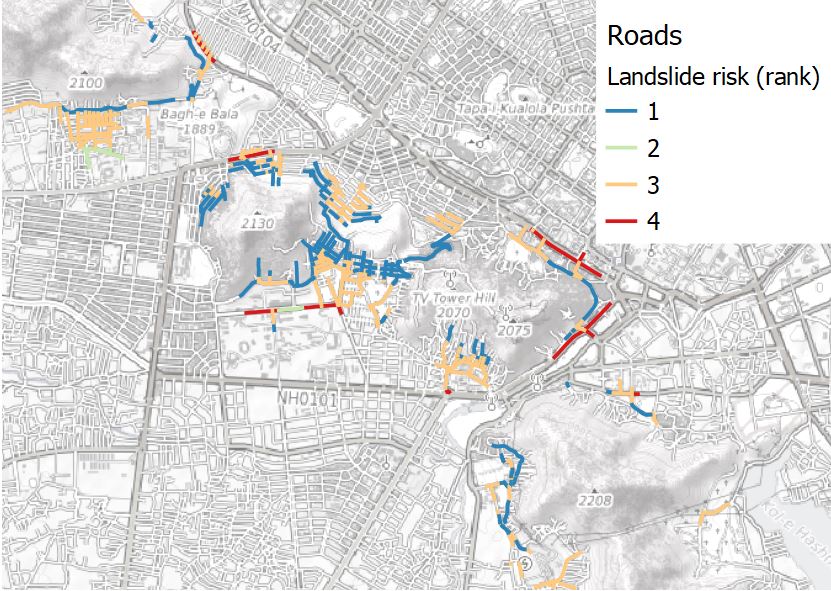